Cryptid Wiki
Register
Don't have an account?
Sign In
Advertisement
in: No Modern Sightings, Article stubs, Cryptids,
and 9 more

Zhuhuai (lit. 诸怀) is a beast from the mythologies of China that was reported to have lived amongst the creatures of the mountains.

The Zhuhuai had the body of an ox with four horns, human eyes, pig ears, made the same sounds as a goose, and was reported as predatory creature and was known to kill people.

Zhuhai derives from the Chinese word 诸怀 or Zhu huai, which means cherished hesitance. This name indicates that the creature was reclusive, and rarely comes into open areas. 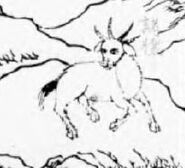 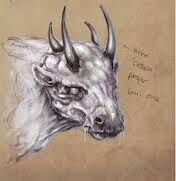