The Wendigo (also known as the Windigo, Windago, Witiko, Wee-tee-go, Wihtikow, Waindigo and several other variants) is a cannibalistic spirit resembling a zombie. In some forms, the Wendigo is the size of a human, while in others, it can be fifteen-feet-tall. The earliest description of the Wendigo was that of similar appearance to a corpse, with a skeleton-like, thin body with gray skin, sunken eyes, bloody lips, yellow fangs and a long, slimy tongue. Later myths say that the Wendigo is a lipless ape with giant fangs that devours human flesh. It can turn a person into a Wendigo, which was one of the worst curses to the Algonquian-speaking Native Americans of Canada.

The following is an adaptation of the original Algonquian myth of the Wendigo.

The storm lasted so long that they thought they would starve. Finally, when the wind and swirling snow had died away to just a memory, the father, who was a brave warrior, ventured outside. The next storm was already on the horizon, but if food was not found soon, the family would starve. Keeping his knife and spear close, he ventured out upon the most-frequently used game trail, watching intently for some sign, in the newly-fallen snow, of animal footprints or movement of any kind. The forest lay deep and oddly silent under its gleaming coating of ice and snow. Every creature of sense lay deep within its burrow and slept. Still, the warrior hunted, knowing how desperate his family had become. As he moved through the eerie stillness, broken only by the soft caress of the wind, he heard a strange hissing noise. It came from everywhere and nowhere at once. The warrior stopped, his heart pounding. That was when he saw the blood-soaked footprints appearing on the path in front of him. He gripped his knife tightly, knowing that somewhere, watching him, was a Wendigo. He had learned about the Wendigo at his father's knee. It was a large creature, as tall as a tree, with a lipless mouth and jagged teeth. Its breath was a strange hiss, its footprints full of blood, and it ate any man, woman or child who ventured into its territory. And those were the lucky ones. Sometimes, the Wendigo chose to possess a person instead, and then the luckless individual became a Wendigo himself, hunting down those he had once loved and feasting upon their flesh. The warrior knew he would have just one chance to prevail over the Wendigo. After that, he would die. Or… the thought was too terrible to comprehend. Slowly, he backed away from the bloody footprints, listening to the hissing sound. Was it stronger in one direction? He gripped spear in one hand, knife in the other. Then the snowbank to his left erupted as a creature as tall as a tree leapt out at him. He dove to one side, rolling into the snow so that his clothing was covered and he became hard to see in the gray twilight of the approaching storm. The Wendigo whirled its massive frame and the warrior threw the spear. It struck the creature's chest, but the Wendigo just shook it off as if it were a toy. The warrior crouched behind a small tree as the creature searched the torn-up snow for a trace of him. Perhaps one more chance. The Wendigo loomed over his hiding place, its sharp eyes seeing the outline of him against the tree. It bent down, long arms reaching. The warrior leapt forward as if to embrace the creature and thrust his knife into its fathomless black eye. The Wendigo howled in pain as the blade of the knife sliced into its brain cavity. It tried to pull him off of its chest, but the warrior clung to the creature, stabbing it again and again in the eyes, the head. The Wendigo collapsed to the ground, bleeding profusely, almost crushing the warrior beneath its bulk. He pulled himself loose and stared at the creature, which blended in with its white surroundings so well that he would not have seen it save for the blood pouring from its eyes and ears and scalp. Then the outline of the creature grew misty and it vanished, leaving only a pool of blood to indicate where it had fallen.

Shaken, the warrior, heart pounding with fear and fatigue, turned for home. He was weakened by lack of food, but knew that the storm would break soon and he would die if he did not seek shelter.

At the edge of the wood, he found himself face to face with a red fox. It was a fat old creature, its muzzle lined with gray. The creature stood still, as if it had been brought to him as a reward for killing the Wendigo. With a prayer of thanksgiving, the warrior killed the fox and took it home to his starving family. The meat lasted for many days, until the final storm had blown itself out and the warrior could safely hunt once more.

The Wendigo is a humanoid creature. Based on reports, the Wengdigo is similar to an ape, however, some other deviants of it are that of a human with the head of a deer.

-In Lost Tapes it attacks a camper and search parties are sent after them.

- In the game Until Dawn, Wendigos are the main antagonists which kill the survivors one by one. 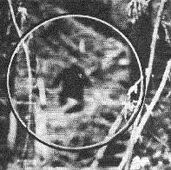 Is this a Wendigo? 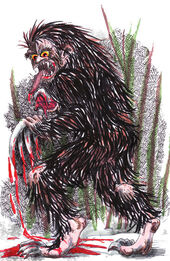 The Wendigo is portrayed while performing its most gruesome behavior--as a cannibal. 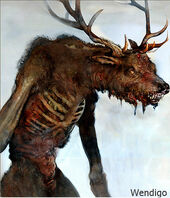 This picture shows a creature with the head of a deer with a man-like body, uniform with one version of the cryptozoological Wendigo. 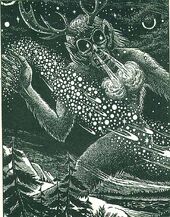 This portrayal of the Wendigo displays features of both cryptozoological versions of this animal--incorporating ideas of an ape man and of a deer/human hybrid. 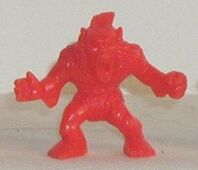 "Windigo" from Monster in My Pocket 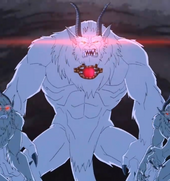 The Wendigo as it appears in Hulk and the Agents of S.M.A.S.H. 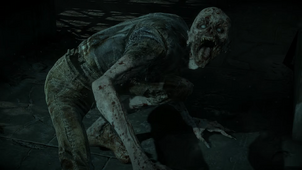 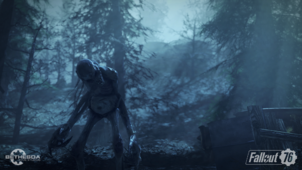 A Wendigo in Fallout 76