Cryptid Wiki
Register
Don't have an account?
Sign In
Advertisement
in: Flying and Gliding, North America (Minus Mexico and Caribbean), Humanoids,
and 8 more 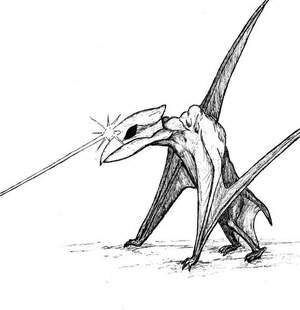 117 years ago, a strange creature was said to have paid a visit to the small town of Van Meter in Iowa.

The strange events occurred in October of 1903. Several respected members of the community told of a mysterious winged creature that terrorized some of the town's residents during several nights in the course of the week. Descriptions of the beast suggested that it had large bat-like wings, left a terrible stench wherever it went, and, even stranger, it fired beams of bright light from its forehead.

The bizarre account recalls how several of the locals attempted to shoot the beast but their gunfire didn't appear to have any effect. Fed up with the menace, a group of townsfolk banded together one evening and pursued the creature to an abandoned coal mine. There they confronted not one, but two of the beasts, which both turned and disappeared down in to the gloom of the mine as the men opened fire, never to be seen again.