Cryptid Wiki
Register
Don't have an account?
Sign In
Advertisement
in: Lake Monster, Living fossil, Dinosaurs and Pterosaurs,
and 9 more 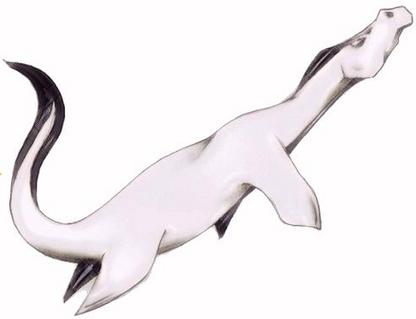 The Turtle Lake Monster is an alleged cryptid inhabiting Turtle Lake, in West Central Saskatchewan Canada. The Monster is usually described as a creature 3–11 metres long, scaly, with no dorsal fin and a head resembling a dog, a "sea horse" or pig. Natives are said to be nervous about the attention the Monster might bring and say its simply a massive Sturgeon that left his home and lives in Turtle Lake. About once a year someone claims to have had an encounter the beast. Reports date back to pre-settlement days when the local Cree had a legend about people who ventured into the monster's territory vanishing without a trace.

There was also a report of man seeing the creature while on the lake with his grandson and daughter. They say they saw the Monster about 12 meters away, saying "Its head came up, its back came up and it sort of rolled over we never saw the tail and its head looked like a seahorse. The "head" of the monster is located at N 53° 39' 34" W 108° 36' 30" in Township 54 Range 18W3. When examining the full scale image, note the "trail" left behind. A motor boat would not leave the same path, nor is there a wake. The scale of the image is 1:1000.

There is speculation that the Monster sightings may be attributed to sightings of an unusually large lake sturgeon, or a relic population of prehistoric plesiosaurs. Ben Blatz suggests a theory: millions of years ago when Saskatchewan was covered by a prehistoric sea, there lived a variety of aquatic monstrosities, including one called plesiosaur. A few plesiosaurs adapted and survived in Turtle Lake after the waters receded. A collection of their descendants is responsible for frightening the boaters.