Two Finns reportedly met a creature dubbed "the Troll" when they were skiing at Imjarvi in 1970, described to be very thin, with hooked nose and pointed ears and wearing a cone-shaped metal helmet.

The Troll is a fearsome member of a mythical anthropomorph race from Scandinavia, mostly Norway. Their role ranges from fiendish giants – similar to the ogres of England – to a devious, more human-like folk of the wilderness, living underground, in hills, caves, or mounds depending on the type of troll (forest or mountain).

The forest type sometimes likes to hide or hibernate in deep springs or rivers. The mountain troll mostly likes to house in mounds or hills. In Orkney and Shetland tales, trolls are called trows, adopted from the Norse language when these islands were settled by Vikings.

Trolls were most famously sighted in Imjarvi, Finland, 1970, by farmer Esko Viljo and forester Aarno Heinonen when they were skiing when they encountered a strange reddish mist. The men saw a flying saucer emerge from the fog and emit a blindingly bright beam of light before they lost consciousness and awoke on the mountainside. The later recalled seeing a "troll-like being." Both men later required medical treatment for sunburn -- and doctors believed they'd been exposed to radiation. Heinonen later recalled having been in a strange room surrounded by aliens. The trolls told him that a device had been planted inside his head to facilitate future contact.

The Finnish forester also reported having acquired new psychic powers, an apparent side effect of the implant.

In Norse mythology, troll, like thurs, is a term applied to jötnar, and are mentioned throughout the Old Norse corpus. In Old Norse sources, trolls are said to dwell in isolated mountains, rocks, and caves, sometimes live together (usually as father-and-daughter or mother-and-son), and are rarely described as helpful or friendly.

Later, in Scandinavian folklore, trolls become defined as a particular type of being. Numerous tales about trolls are recorded, in which they are frequently described as being extremely old, very strong, but slow and dim-witted, and are at times described as man-eaters and as turning to stone upon contact with sunlight. However, trolls are also attested as looking much the same as human beings, without any particularly hideous appearance about them, but where they differ is in that they live far away from human habitation, and, unlike the rå and näck—who are attested as "solitary beings", trolls generally have "some form of social organization". Where they differ, Lindow adds, is that they are not Christian, and those that encounter them do not know them. Therefore trolls were in the end dangerous, regardless of how well they may get along with Christian society, and trolls display a habit of bergtagning ('kidnapping'; literally "mountain-taking") and overrunning a farm or estate.

While noting that the etymology of the word "troll" remains uncertain, John Lindow defines trolls in later Swedish folklore as "nature beings" and as "all-purpose otherworldly being[s], equivalent, for example, to fairies in Anglo-Celtic traditions" and that they "therefore appear in various migratory legends where collective nature-beings are called for". Lindow notes that trolls are sometimes swapped out for cats and "little people" in the folklore record.

Though Trolls are known to be mythological beings, there has been alleged modern sightings of them in rainy weathers, witnesses claim that they've seen the creature seemingly "floating" high in the air with no apparent means of flight. Several empty bottles of cooking oil was found on the location of the event. 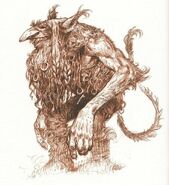 Painting of a forest-troll by Theodor Kittelsen 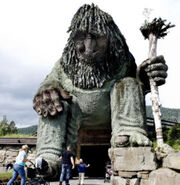 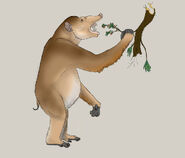 A thief in the orchard 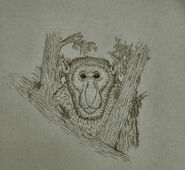 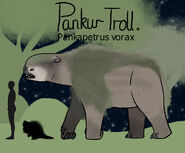 A Bauer's Troll from Spiderwick.

Giant Norwegian Mountain Troll (Jotun Or Jotnar Or Jutne) in the film "TrollHunter"
Community content is available under CC-BY-SA unless otherwise noted.
Advertisement