Owlman is the name given to a large owl-like humanoid entity, noticably similar to the mothman. It lives in Cornwall, England and has been sighted several times. The first sighting took place in 1976 in the village of Mawnan. The owlman is sometimes seen as the English counterpart of the mothman due to the similarities between the mothman and owlman. 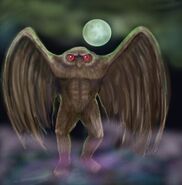 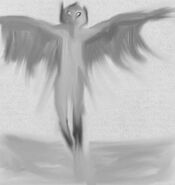 In the Secret Saturdays 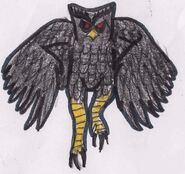 Sketch of Owlman by The-Russian-Loli

Death raptor (Owl Man)
Add a photo to this gallery
Retrieved from "https://cryptidz.fandom.com/wiki/Owlman?oldid=110326"
Community content is available under CC-BY-SA unless otherwise noted.