Over the past few years, rumors have circulated in Japan about the existence of arctic Humanoid Lifeforms inhabiting the icy waters of the Antarctic. Reportedly observed on multiple occasions by crew members of government-operated "whale research" ships, these so-called "Ningen (人間, "Ningen", meaning "human") are said to be completely white in color with an estimated length of 20 to 30 meters. Eyewitnesses describe them having a human-like shape, often with legs, arms, and even five-fingered hands. Sometimes they are described as having fins or a large mermaid-like tail instead of legs, or even tentacles. The only visible or identifiable facial features are the eyes and mouth. According to one account, crew members on deck observed what they initially thought was a foreign submarine in the distance. When they approached, however, it became clear from the irregular shape of the thing that it was not man-made--it was alive. The creature quickly disappeared underwater.

The popular thread attracted the attention of many readers from outside the 2channel Community and the November 2007 issue of MU magazine, a Japanese publication devoted to the study of paranormal phenomena, which featured an article about the "Antarctic Humans". The article speculated on the possibility of unidentified creatures inhabiting the southern seas, and it included a Google Earth screenshot showing what looks like a Ningen in the South Atlantic Ocean off the coast of Namibia. To date, no solid evidence has been presented to confirm the existence of the Ningen. The government is believed to have kept detailed records of the sightings, but they have released no information to the public and have reportedly instructed eyewitnesses to remain silent.

Ningen sightings seem to occur most frequently at night, making them all the more difficult to photograph. In still images, the sea cryptids mostly just look like ice, though it is said that their smooth, human-like skin can be seen when the photographs are enlarged. In any case, no convincing photographs have been made public either because they do not exist or because, as some argue, the government does not want to invite undue scrutiny and tarnish the scientific reputation of the whale research program.

While there's nothing to prove that Ningen is a hoax, most of the photo evidence is either hoaxed or artistic interpretations.

A more malevolent depiction of the Ningen

A hoaxed photo of a Ningen.

Still from video below, showing the Ningen

Ningen photo, most likely a whale.

An Interpretation of a Ningen

A Ningen sighted, most likely just an iceberg. 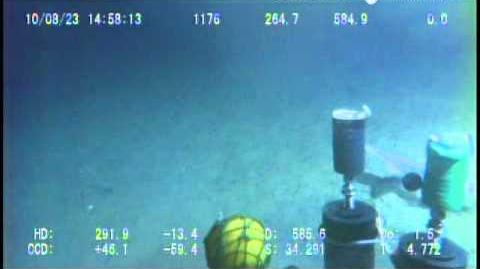 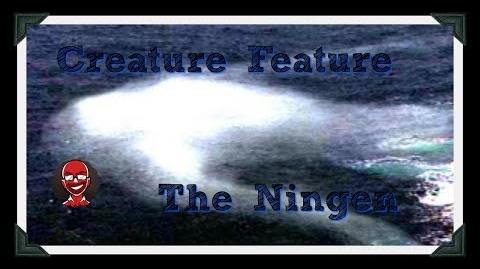