The Nian or Nián shòu is a Chinese creature that lives in the sea and mountains. Every year during the spring, Chinese new year, he comes out and attacks people. According to the legend, the Nian hates loud noises and the color red. This is why Chinese firecrackers are colored red, to scare the beast away.

The Nian is an ugly beast who is said to look like a cross between a dragon and a unicorn or a lion's head with a single horn sprouting on top of it similar to a unicorn's with a bull's body. The legend is told in many different ways, some saying that an old beggar fought of the year beast using loud sounds, and is paid gratitude for saving the village people by celebrating the new year. Others say that an old wise man thought that the people's fear of the Nian was making it ferocious. The old man then organized for the monster to be scared away by loud noises and fire. When the beast collapsed from exhaustion, the village people killed the monster. Now, every year, the people celebrate the defeat of the beast by lighting fireworks and making lots of loud noise. 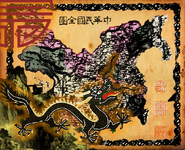 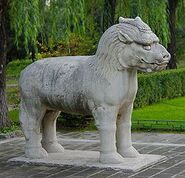