The Luting(盧亭), Lu Ting, or Lutung Fish is a mermaid-like animal with a body like a seal and a human head;

resembling a Dugong. Said to have existed in ancient times in Hong Kong waters.

Lutings were said to be descendants of a rebellious force led by LU Xun (盧循) (? - 411), and were considered by some to be the ancestors of the Tanka (蜑家) people; who were one of the four main groups of people of pre-British Hong Kong who used to live on boats.

In 1940, local Hong Kong fishermen reported an aquatic humanoid fish off of Lantau, which they referred to as Luting.

However, local authorities classified it as a Dugong (Dugong dugon), a marine mammal related to the manatee. 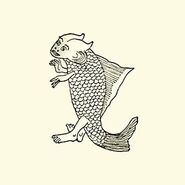 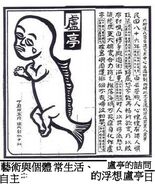 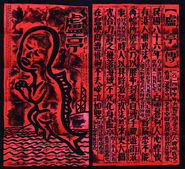 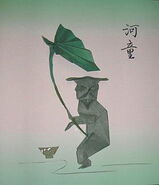