Cryptid Wiki
Register
Don't have an account?
Sign In
Advertisement
in: Cryptids, Giant Bat, Dragons and Dragonoids,
and 11 more
English

Its name may come from a combination of one if its alleged habitats in the Sierra Nevada mountain range outside the town of Lone Pine, California, and the brutal viciousness of its attack. The creature is believed to slaughter its prey by attacking the torso and head of the victim. Most wild animal attacks stem from the need to eat the meat of its prey, whereas the Mountain Devils are said to indulge only on the soft cartilage areas of the face and torso, while leaving the remaining meat to rot or for other animals to eat.

Early settlers, including the Forty-niners, began spreading tales of the creature’s existence after numerous coyote and bobcat carcasses were found in the rough desert and mountain wilderness of the Southwest in the mid 19th Century. It is not known when or who first coined the name “Lone Pine Mountain Devil.” The Mountain Devil became legend as the settler’s told each other tales of finding entire convoys of adventurers, families, and gold prospectors who had been murdered, their faces left unrecognizable and their torsos appeared to have been eaten clean to the bone. Since the early-1900's, sightings have dropped significantly. Some attribute the massive population influx of the early 20th Century to the regions of Southern California (Los Angeles and San Diego areas) as to the disappearance of this alleged beast.

The best-known documentation of human interaction with the Lone Pine Mountain Devil came in 1878, when a stagecoach train of Spanish settlers disappeared in the Sierra Nevada Mountains in Southern California. A group of 37 settlers — men, women and children — vanished without a trace for two months, after which their rotted corpses were discovered by a team of copper miners.

Weeks passed since their scheduled arrival at a missionary about 110 miles north of San Diego, when a lone priest, Father Justus Martinez, approached the mission. He was weak, thirsty and hungry. He had no horse and no supplies, only the clothes on his back and a journal. Upon questioning, the priest informed the others that while on his journey, he had taken a vow of silence when confronted by the “beasts damned by the good lord.” The last entry in his journal was related to the disappearance of the Spanish convoy in the mountains. In it, he describes the settlers, weary from

His final entry of the journal read:

“My God. My God. They are all gone. The winged demons have risen! What sin have they committed against each other and thy sacred earth. May the forgiving Lord not abandon their souls, which were taken from them into the depths of hell! And through the earthly fires of man, a sole tree remained on the mountain’s peak. And the Devils that spared me, returned to the refuge of the Lone Pine on the Mountain.”

After years of decline, the new millennium has seen a sudden jump in Mountain Devil sightings. California cryptologists have stated that they have recorded an exponential rise between 2003 and 2010. Local authorities are currently investigating the disappearance of a group of local high school students missing in the Death Valley region since March, 2010. 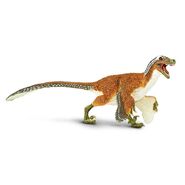