The Loch Ness monster, also known by the nickname Nessie, is probably the creature that most often leaps to mind when ordinary people think about cryptozoology: the study of animals that may or may not exist. Nessie is virtually a symbol of cryptozoology. This creature has probably been the object of more sustained media attention than any other individual type of cryptid, with the possible exception of Sasquatch, and some less traditional cryptids such as the Grey Aliens.

Witnesses tend to describe an animal with sleek, rubbery blackish-gray skin, about twenty feet long. Nessie usually has the serpentine body that is typical for sea serpents and lake monsters, furnished with humps along its length, and one or more sets of paddles (or sometimes, stumpy legs). Nessie's head is often described as roughly horse-shaped, it may have a straggly mane running down its neck, and some witnesses report small horns or a crest, especially those who see the Loch Ness monster from close up. Sometimes, witnesses report a smaller, rounded, turtle-like head. This head is the one that seems to appear in most of the famous Nessie photos.

The first serious wave of Nessie sightings came in the 1930s and they have continued ever since.

Before the wave of sightings that started today's fad, there were older legends of water dragons and Kelpies in Loch Ness. However, these older legends were much more variable in how they described the appearance of Nessie, so most researchers do not rely on them much, simply noting that they exist as being a reason to suppose that the Loch Ness Monster is much more than a recent fad.

If Nessie is an animal, it had to have a mother, and at one point there had to have been a viable breeding population of the species. However, some more untraditional theories suggest Nessie comes from some type of space-time anomaly, causing a plesiosaur, bassilosaurus, or some even say sauropod to be transported to the modern day. Even stranger theories suggest genetic experiments and mutations, though these are all considered very unlikely and of course presume the creature exists in the first place.

The idea of horns may sound ridiculous, but it may have some credence to it if the Loch Ness monster is actually a zeuglodon, a primitive species of whale, because the zeuglodons were only a few steps removed from the mesonychids, ungulate predators, and ungulates often have horns. Most Nessie Theories suggest that it is a family of plesiosaurs. Another theory suggests that Nessie is a large leech.

The famous Surgeon's Photograph is widely considered a hoax.

Nessie is one of the most well known cryptids thus the creature has been featured in many movies, TV shows, and even games.

- In 2001, Dimension Films released a movie titled Beneath Loch Ness in which a scientific expedition team investigates a string of attacks that plague Scotland's infamous lake.

-In 2008, Insight Films made a movie known as Beyond Loch Ness or Loch Ness Terror , about a cryptozoologist whom as a kid witnessed his father being eaten by the infamous Nessie at Loch Ness many years ago, and tracks the legendary beast to Lake Michigan where her and her offspring cause mayhem.

- In the popular BBC series Primeval, Nessie is mentioned a few times about the possibility of it actually existing and even one of the characters makes a profile about the creature 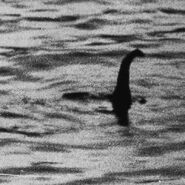 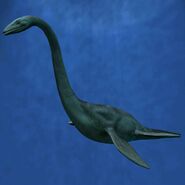 An Artist's interpretation of the creature in the 1975 Rhine underwater photo. (c) Old Doc Hudson and CO. 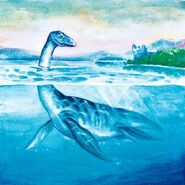 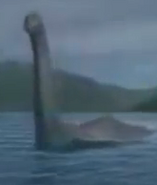 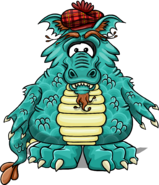 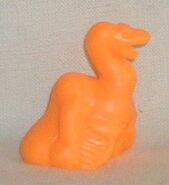 In Monster in My Pocket 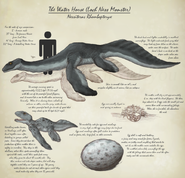 If this is not a living plesiosaur 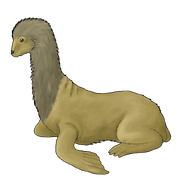 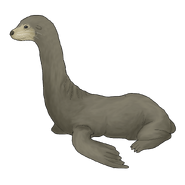