The Honey Island Swamp Monster is a humanoid cryptid that is reported to have been seen in and around Honey Island Swamp, Louisiana since 1963. It was first reported in 1963, when two hunters spotted this creature prowling the swamps. Its tracks indicate three-toed webbed feet.

It is possible that a Bigfoot evolved webbed feet to better suit its swamp environment. Some even believe it's an experiment gone awry

The creature was also featured on a episode of Lost Tapes, where it attacked a hunter who ultimately survived the attack. It is also featured in Cryptids: The Swamp Beast.

The monster was first sighted in 1963 when Harlan Ford and his friend Billy Mills were searching for an abandoned cabin, spotted by Ford in a plane, deep in the Honey Island Swamp. The friends reached a clearing where they spotted the creature, who kept eye-contact with them only for a moment before escaping into the underbrush. Describing the creature, Ford said the following:

"It was nothing like I'd ever seen before--ugly and sinister and looking like something out of a horror movie!"

In 1974, Ford and Mills returned to the area on a duck-hunting trip. The two found several dead boars with their throats torn out along the way. Realizing the boars were too far from the water to have been killed by alligators, they began to suspect the Monster they encountered nine years prior was involved. This suspicion was confirmed when they noticed footprints, three-toed and webbed, around one of the boars. Rather than have a second run-in with the Swamp Monster, Ford and Mills retreated from Honey Island Swamp at a fast pace. Later that night, the friends returned to make a cast of the footprints.

Another man, named Ted Williams, claimed to have seen the creature many times. He even believes there to be multiple Swamp Monsters.

"I could have killed them," Williams said, "but I didn't 'cause they didn't seem to want to harm me."

One day, Ted took his boat in the swamp to set trout lines. He was never seen again.

Standing over 7.5 feet tall and weighing between 400-500+ pounds, the Honey Island Swamp Monster — also known as the Louisiana Wookie — is said to be covered in a thick coat of matted gray or brown hair and swamp weed. Its yellow eyes are seemingly reptilian, and the smell it emits has been called the stench of death.

This primitive creature has long been blamed for the deaths of livestock and the mysterious disappearances of children in adjacent areas. Popular lore in the region is that the Honey Island Swamp Monster might be the horrifying product of a union between a chimpanzee and an alligator. And in the darkly primordial swamplands that must look much the same now as they did thousands of years ago, the existence of almost any creature seems possible — no matter how ominous.

One of the strangest legends surrounding the Honey Island Swamp Monster revolves around a train wreck which allegedly occurred near the Pearl River in the early part of the 20th century. According to this legend, the train was full of exotic animals from a traveling circus, which fled into the swamps after the train derailed. While most of the creatures would soon perish in the harsh swamp land, the legend goes on to tell us that a troop of chimpanzees managed to survive and even went as far as to interbreed with alligators. The result was a strange colony of reptilian like mammals. However, this is impossible, because monkeys and alligators cannot interbreed.

The Honey Island Swamp Monster is allegedly to have a foul stench as other cryptids specifically in the Hairy Hominids category (Bigfoot, Skunk ape, Missouri monster, etc.) possibly due to the marsh's natural smell. 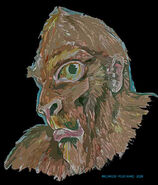 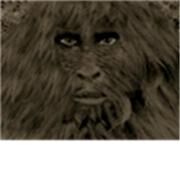 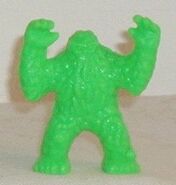 Swamp Monster from Monster in My Pocket 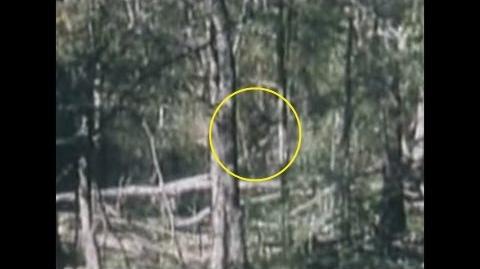