Note: The Giant Squid (genus: Architeuthis) is not the same species as the Colossal Squid (Mesonychoteuthis hamiltoni). This has been proven and excepted by the scientific community for almost 90 years (1925-2014).

Tales of enormous squids have circulated throughout the world since ancient times. Aristotle and Pliny the Elder both described such monsters; legends such as the Lusca (Caribbean), Scylla (Ancient Greece), and the sea monk (Medieval Europe) all describe a bizarre, often dangerous nautical creature. Perhaps the most famous legendary squid is the Norse Kraken, a monstrous, tentacled beast as large as an island that devoured ships whole. Prior to the 1870s, scientific opinion held such creatures as nothing more than ridiculous myths, on par with mermaids or sea serpents. Despite this, investigations into the existence of the legendary Kraken took place as early as the 1840s. Danish zoologist Johan Japetus Streensup methodically researched and cataloged giant squid sightings and strandings, eventually examining a beached corpse and designating the beast’s scientific name: Architeuthis. Even so, fellow scientists remained skeptical and continued to dismiss accounts.

In the 1870s, the skepticism stopped as several carcasses were beached in Labrador and Newfoundland. Giant Tentacles and complete corpses revealed to the scientific world that the giant squid was indeed real. Today, this creature remains just as mysterious and rare. Typically living at great depths, giant squid sightings are uncommon and often undocumented. For a century, scientists dutifully attempted to observe it in its natural habitat, but failed. Only in 2004 were a group of Japanese scientists able to capture a live giant squid on camera, taking 500 automatic photographs before the creature swam back into the blackness.

Many questions remain concerning the giant squid. Very little is known about its habits and lifestyle, and it is still unknown how large a giant squid can grow. The largest specimens are between 30 and 40 feet long, weighing over 100 pounds. However, its close relative, the Colossal Squid, may grow to much greater sizes, as evidenced by the size of sucker marks on sperm whales. To this day, the giant squid remains a legendary example of how fantastic animals on earth can be. 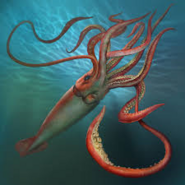 Artist rendering of a giant squid. 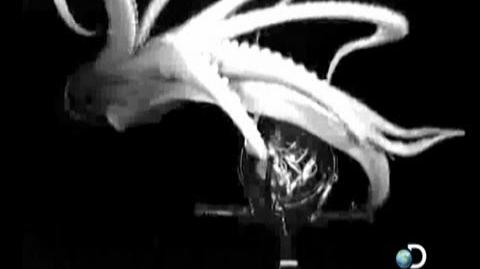 First Giant Squid to be Caught on Film 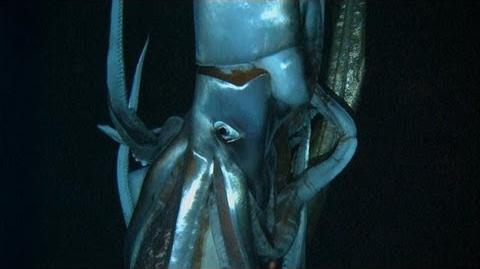 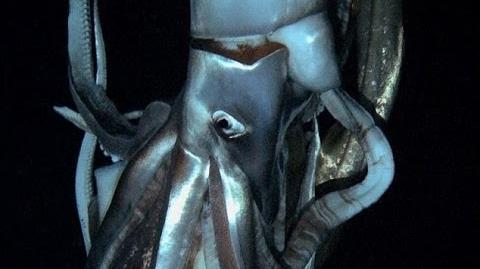 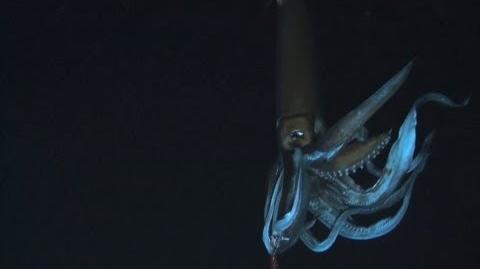 Looking for the Giant Squid Monster Squid The Giant is Real 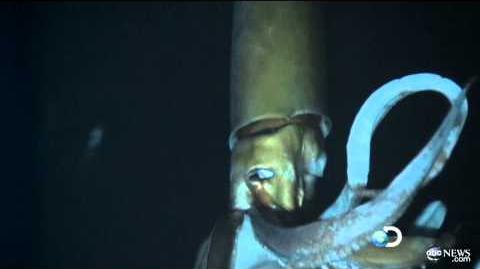 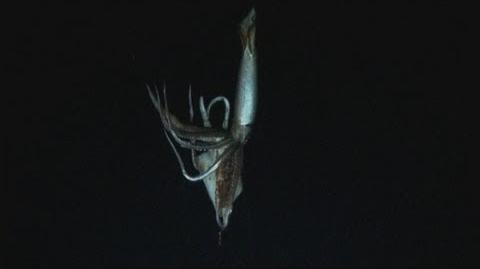