Encantado are water cryptids that live in the Amazon, the longest river in South America. Encantado are basically dolphin-men or weredolphins, usually living as a "Boto Cor De Rosa".

They are considered friends of fishermen in the Amazonian region, and helps with fishing and safely conducting canoes during storms. Some say they have power over storms. They are also said to help those who are drowning, removing them from the river. According to local folklore, every year at Festa Junina (a Brazilian celebration in June), this cryptid shapeshifts from a pink river dolphin into a young man in white garments, but they have to wear a hat of some kind to conceal their unchanged blow hole. These festive nights are the most dangerous time to see or be near Encantado, as they attend parties and balls where they seduce, kidnap, and impregnate young women. Although they probably don't have magic powers, it is possible they are a new species of dolphins. The encantado are notorious for their shape-shifting ability. They say that if you meet a handsome stranger at a festival, that it is more-in-likely an encantado. They are not only found in the Brazilian carnival, they can be found in Rio de Janerio, Salvador, and in the Amazonias. Encantado means enchanted one. Not only they are cryptids but they are mythical creatures too. Encantados may be a species of hybrid dolphin. Although Human and dolphin reproduction is not possible. It also appeared in Philippines. 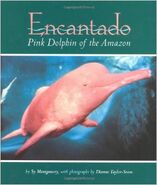 Encantado: Pink Dolphin of the Amazon 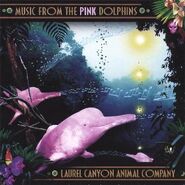