Cryptid Wiki
Register
Don't have an account?
Sign In
Advertisement
in: Cryptids, Dragons and Dragonoids, North America (Minus Mexico and Caribbean),
and 43 more

A Dragon is a legendary creature, typically with serpentine or reptilian traits and features, that feature in the myths of many cultures. There are two distinct cultural traditions of dragons: the European dragon, derived from European folk traditions and ultimately related to Greek and Middle Eastern mythologies, and the Chinese dragon, with counterparts in Japan, Korea, and other East Asian countries.

The two traditions may have evolved separately, but have influenced each other to a certain extent, particularly with the cross-cultural contact of recent centuries. The English word "dragon" derives from Greek δράκων (drákōn), "dragon, serpent of huge size, water-snake", which probably comes from the verb δρακεῖν (drakeîn) "to see clearly".

Another source for the word dragon is the greek word Drakon, which means a huge, possibly poisonous serpent. In the New Testament, the Devil takes the form of a red dragon with seven heads and ten horns, in his battle against Archangel Michael in the book of Revelation.

He wrote the Marvels of Things Created and Miraculous Aspects of Things Existing. In it, he claims to have sighted two different types of dragon jinns and recorded them.

The April 1, 1998, online edition of Nature Magazine revealed the discovery of "a near-complete skeleton of a theropod dinosaur in North Dakota." The discovery was referred to in an article by Henry Gee discussing dragon-like dinosaurs. The creature was named after Smaug, the notorious dragon featured in J.R.Tolkien's The Hobbit. The dinosaur skeleton had reportedly been discovered by Randy Sepulchrave of the Museum of the University of Southern North Dakota. The exciting part of the discovery, according to the article, was that "The researchers believe that the dinosaur, now named as Smaugia Volans, could have flown."

In actuality, the University of Southern North Dakota does not exist, though it has been made famous by Peter Schickele who refers to it as the location where the music of the obscure eighteenth-century composer PDQ Bach was first performed. Secondly, the name Sepulchrave was actually the 76th Earl of Groan in Mervyn Peake's fictional Titus Groan. The earl believed that he was an owl, and leaped to his death from a high tower, discovering too late that he could not fly.

Various other dragon hoaxes include a case in December 2003, David Hart claimed to have found a pickled dragon or, more precisely, what appeared to be the fetus of a winged reptile-type creature preserved in a 30-inch (76 cm) tall jar of formaldehyde in his garage in Sutton Courtenay, Oxfordshire; he then showed it to a friend, Allistair Mitchell, who runs a marketing company in Oxford.

The pair had told the press that the dragon was found with documents suggesting it had been offered to the Natural History Museum in the late nineteenth century by German scientists. Mitchell suggested it was an attempt by the Germans to discredit their British colleagues.

According to their story, David Hart's grandfather said to have been a porter at the museum, saved the specimen from being destroyed; it had then been left in a crate in his garage by Hart's father and had remained there for twenty years before being "rediscovered".

In reality, the dragon was made by the model-makers behind the BBC TV series Walking with Dinosaurs, and the jar was made by a specialist glass blowing studio. The hoax was a publicity stunt to publicize Mitchell's forthcoming novel and won him a publishing contract with Waterstones, a major British bookselling chain.

In 2001, Karl Shuker, one of the 13 founders of cryptozoology, wrote an article regarding dragon sightings.

"A British naturalist and some colleagues were conducting some research in the area after being notified by a local of "something" strange that was seen earlier on the year. As they stood at the edge of some woods by a quarry they suddenly spied an extraordinary entity. Measuring 2.5 ft or son in length, it resembled a serpentine dragon with four short limbs, but its head was shaped very like that of a sea horse, and it was airborne---undulating and wriggling as it flew about 10 ft above the surface of the quarry in a wide circle. They were unable to recall seeing any wings, but it had a long tail that terminated in a pair of horizontal, whale-like flukes. The entity was green in color and shimmered somewhat, but appeared solid, not translucent or ethereal, and they watched it for 3-4 minutes, at a distance of approximately 50 ft, before it finally vanished into one of the numerous caves and large crevices pitting the quarry. The naturalist had the distinct impression while watching it that this creature was deliberately seeking to keep them at bay, warning them off from approaching further into its territory."

Then in his book, Extraordinary Animals Revisited in a chapter entitled "The Unmentionables" he discusses it again, as the mysterious flying creature reported in 2001 near a quarry in Powys, Wales, which resembled a serpentine dragon with four short limbs, with a head shaped like a sea horse, and undulating as it flew about 10 feet (3.3 meters) above the surface of the quarry in a wide circle. Shuker wrote that this report came from came a bona fide naturalist (who was not named for obvious reasons, the academic world being as it is)), who was convinced that :

“it was neither an optical illusion nor a model, but was truly alive, although its appearance was so uncanny that he felt chilled by the encounter.” (Shuker 2007 :. 281)

Folklorist Mary Trevelyan interviewed many elderly people living in the Glamorgan area of Wales in the early 19th century. They recalled stories from their youth of a race of winged serpents that lived in the forest around Penllyne Castle. Supposedly they had crested heads and feathery wings. and were brightly colored and sparkled as if covered with jewels. They rested coiled on the ground but if they felt threatened would attack by swooping down on the intruders. These flying snakes killed poultry and were described as "the terrors of farmyards and coverts" many were shot to protect livestock.

What is interesting is that both the accounts talk of the creatures shimmering or sparkling and swooping on intruders. Is it possible that some strange flying serpent still exists in Wales that gave rise to the dragon stories?

They could be misinterpreted Komodo Dragons, or other reptiles. Fire breathing could be related to acid-spitting, and tales of large dragons could've originated from findings of dinosaur bones. Misidentifications of Dinosaur and prehistoric reptile fossils is another likely reason for the myths of dragons. Other explanations include a surviving Pterosaur which was a flying reptile, believed to have gone extinct in the K-Pg Extinction approximately 66 million years ago.

Eastern dragon as a Jinn 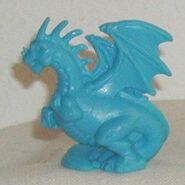 Dragon from Monster in My Pocket

From the monster hunter game

Toothless from How to train your dragon

Dragons as they appear in the Call of Duty:Black Ops 3 Zombies map Gorod Krovi 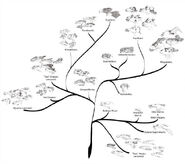 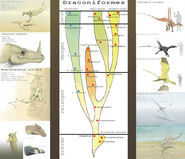 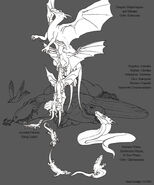 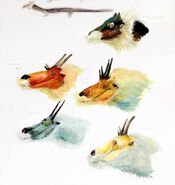 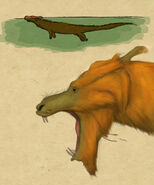 Dragon World: Secrets of the Dragon Domain, It’s a Book search it on google 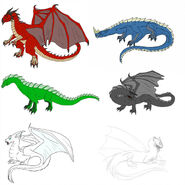 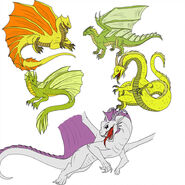 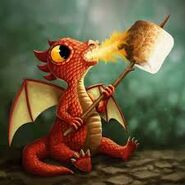 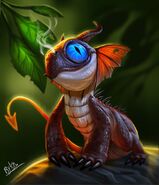 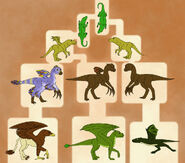 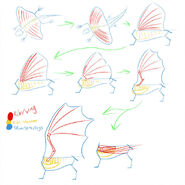 Dragons of the world

I draw a Dragon 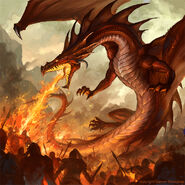 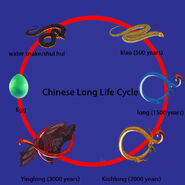 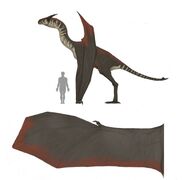 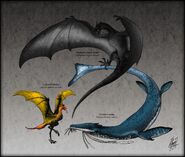 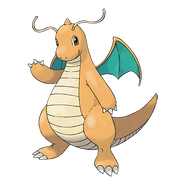 Dragonite, one of the Dragon-type Pokemon. 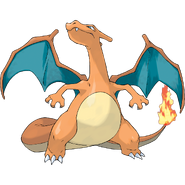 Charizard is based on a dragon, despite not being a Dragon-type.