Cryptid Wiki
Register
Don't have an account?
Sign In
Advertisement
in: Cryptids, Lake Monster, Dragons and Dragonoids,
and 9 more

The Brosno Dragon, or Brosnya, (Russian: Бросня), is a name applied to a Russian Lake Monster. Many people treat the existence of it skeptically and still say that the creature may be a mutant beaver or a giant pike of 100–150 years. Others conjecture that groups of wild boars and elks cross the lake from time to time.

There are some more scientific hypotheses concerning Brosnya. One of them is a gas version saying that when hydrogen sulfide goes up from the lake bottom it makes water boil up; this boiling in its turn resembles a dragon head. But the amount of hydrogen sulfide must be considerable to produce this effect. Other version says that there is a volcano in Lake Brosno that makes ejections on the water surface from time to time. It is well known that there are several fractures at the bottom of the lake, the depth and the direction of the fractures cannot be defined. It is not ruled out that the volcano crater is inside of one of the fractures. This explains why the volcano, if it actually exists, has not been discovered yet. See limnic eruption.

Fishermen say that the underwater world of Lake Brosno has a structure of several levels. From time to time, burbots and yellow perch can be found in the lake. For example, herring can be found in a lake in Peno District in the Tver Region. Some consider it strange that sea fish may live in the lake at all. Smelt shoals can be found in Lake Brosno as well. The phenomenon of Brosnya can be explained from the physical point of view: huge smelt shoals are reflected on the water surface through refraction of light and produces the effect of a huge reptile head. Physicists say that any mirage appears in hot weather. Indeed, witnesses say that they came across Brosnya in summer. However, the origin of the rumors of this strange monster remain a mystery. A globster washed up ashore on Brosno, and it could be the carcass of a Brosno Dragon. 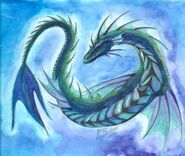 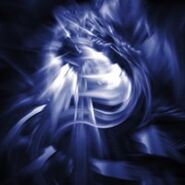 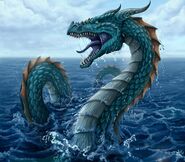