The Bloop was a powerful, ultra-low-frequency underwater sound of uncertain origin detected by the NOAA (National Ocean and Atmospheric Administration) in 1997 in the South Pacific. According to earlier speculations, the sound would have been emitted by a very large, still undiscovered, marine mammal (see image at right), which would also be named "Bloop" after the sound.

However, in 2012, the NOAA determined that the sound is "consistent with noises generated via non-tectonic cryoseisms originating from glacial movements such as ice calving, or an icequake; seabed gouging by ice". The previous explanation, however, is not disqualified.

The sound shows extreme similarities to noises generated by Icequakes in large icebergs, and of large icebergs scraping the ocean floor. The sound's source was off the tip of South America. The sound was detected several times by the Equatorial Pacific Ocean autonomous hydrophone array. This system was developed as an autonomous array of hydrophones that could be deployed in any oceanographic region to monitor specific phenomena. It is used primarily to monitor undersea seismicity, ice noise, and marine mammal population and migration. This is a stand-alone system designed and built by NOAA's Pacific Marine Environmental Laboratory (PMEL) to augment NOAA's use of the U.S. Navy Sound Surveillance System which was equipment originally designed to detect Soviet submarines.

It has been argued, however, that the patterns in the variations within the sound indicate an animal origin. Assuming similar noise-making capabilities of a blue whale (the largest known species of animal), the Bloop would have to be made by an animal more than 250 feet in length (see size comparison above). Others have pointed out that not all animals make the same amount of noise for their size. For example, pistol shrimp, only a few centimeters long, can make sounds as loud as a jet engine. It has been argued that with this in mind, an animal making the "Bloop" noise might be significantly smaller than generally estimated.

In 2014, it was argued the Bloop was the sound of sea ice breaking off of the Antarctic ice shelf, however confirmation of this theory was not possible. Another theory involves an underwater erupting volcano; however, a volcano may not be able to produce such an odd frequency.

A spectrogram of the sound 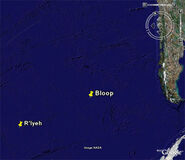 An illustration of a speculative animal responsible for the sound

the bloop size comparison to a blue whale 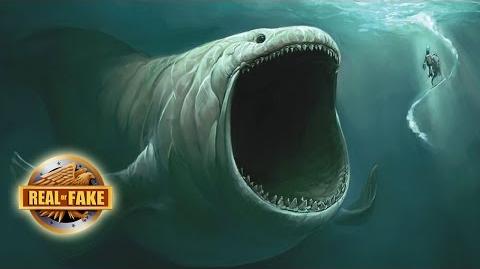 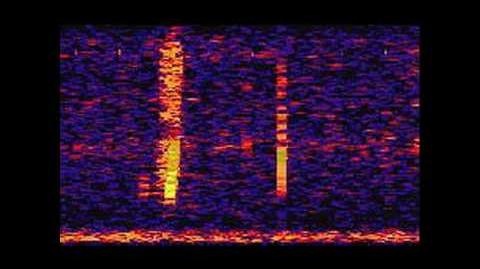 The Bloop A Mysterious Sound from the Deep Ocean NOAA SOSUS

LIGHTS ARE OFF - HORRORS 10 -Shorts -horror -lightsareoff
a footage