Cryptid Wiki
Register
Don't have an account?
Sign In
Advertisement
in: Cryptids, Dinosaurs and Pterosaurs, Theropods,
and 12 more

Big Bird is the name of a cryptid that flew over the Rio Grande area in 1976. This Big Bird isn’t the adorable one who lives on Sesame Street with his teddy bear Radar, but was named after him in jest. It was the subject of jokes and concern. Most witnesses described this unknown mysterious animal, UMA, as about five feet tall, featherless and having a long beak, bat-like wings and a monkey-like face. All of the following reports have come from the Rio Grande area.

About this time, several school teachers witnessed the strange bird, with a wingspan of at least 12 feet across. One of the teachers performed some research and discovered a picture that looked like what they saw. The image that the teacher found depicted a pterosaur.

While there is not substantial evidence to prove that Big Bird exists, it seems strange that it has a monkey-like face.

It could be a large bat or bird, or possible a living pterosaur of some sort. One distinct possibility, which cannot be ruled out, is that it was a Jabiru--a large South American stork with a featherless face and a long dark beak, which sometimes strays into Texas. 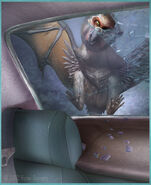 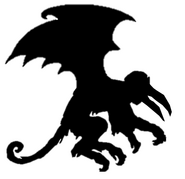 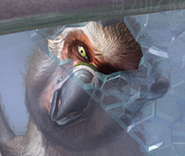