The Bar Juchne were enormous, bird-like beasts that were said to have a wingspan so incredible it could even blot out the sun and have been associated with the notorious Biblical fiends known as the Behemoth and Leviathan.

Also known as the Bar-Yuchnei, the Bar Juchne was reputed to be an enormous beast the wingspan of which, it was said, could eclipse even the sun. Perhaps the earliest mention of this purportedly colossal, airborne anomaly comes to us from one of Judaism’s holiest books, the Talmud.

In that text there is an account in which a Bar Juchne egg falls from its nest. The subsequent chaos (due, no doubt, to the egg’s immense proportions) reportedly resulted in the obliteration of 300 cedar trees and the flooding of 60 villages. The Talmud goes on to say of the event:

“The question therefore arose, ‘Does the bird generally throw out its eggs?’ Rav Ashi replied, ‘No; that was a rotten one’.”

According to the sacred text, that Bar Juchne egg will be roasted, along with the carcasses of the Behemoth and the Leviathan, where all three will be served at a banquet for the Children of Israel at the coming of the Messiah.

Much like the gratuitously enormous descriptions Roc, Anka or even, occasionally, the North American thunderbird, reports of the gargantuan proportions of these beasts seem to err on the side of the preposterous. Still the fact remains that the consistency of these ancient tales may well lie beyond mythology by indicating that large, Pterodactyl-like creatures might have been a common sight soaring across the world’s skies long after modern scholars claim that they had become extinct. 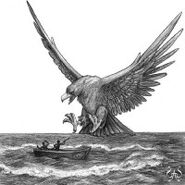 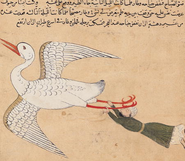 Similar Jinn
Add a photo to this gallery
Retrieved from "https://cryptidz.fandom.com/wiki/Bar_Juchne?oldid=98705"
Community content is available under CC-BY-SA unless otherwise noted.