Apsasu or Lamassu is a creature that takes the form of Llama that has the head of a human, and the body of a lion or cow, sometime with wings. They were seen protecting gateways at Mesopotamian temples. It is a sort of sphinx but with horns.

In ancient times, the Mesopotamians thought that it protect the gods and their great kings. They often worshipped them, so the lamassu wouldn't cause Earthquakes. They also believed that the lamassu were dead kings and queens who were gods. 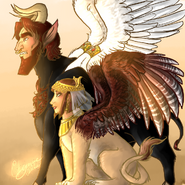 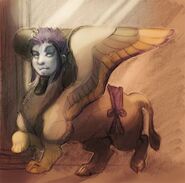 Illustration of Apsasu
Add a photo to this gallery

Retrieved from "https://cryptidz.fandom.com/wiki/Apsasu?oldid=114099"
Community content is available under CC-BY-SA unless otherwise noted.