The Altamaha-ha, also called Altie, is a cryptid in the Altamaha River in Southern Georgia of North America. In addition to sightings, it has been the subject of many myths and lore during the time of its "discovery" by the local Tama Native American Tribe in the state of Georgia, which predates British-English colonization.

The Altamaha-ha is described as having a sturgeon like body including the bony ridge on its top. Front flippers and no back limbs, swimming like a dolphin or porpoise and having the snout of a crocodile. The coloring is said to be gray with a whitish-yellow underbelly. So far, no physical evidence of the Atlamaha-ha has been found. It is sometimes shown to be green, so it can camouflage.

Is it possible that this cryptid is a large undiscovered freshwater seal? 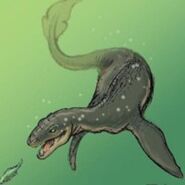 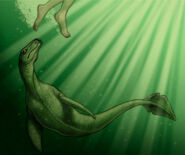 The cryptid of Altamaha river in Georgia.

Altamatha-ha as fresh water seal made by Adam Lakatos 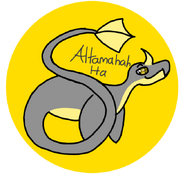