Cryptid Wiki
Register
Don't have an account?
Sign In
Advertisement
in: No Modern Sightings, South and Central America, Carnivore,
and 9 more
English

The Ahuitzotl is from Aztec and Mayan Mythology, though similar creatures are known to the Hopi and Shasta tribes of North America. Said to look like a small dog, the Ahuitzotl had streaks on its head, small ears, and a hand at the tip of its tail. Scientists believe that the Ahuitzotl may have actually existed and was a type of otter or ferret, which is also a relative of the otter.

According to "La Leyenda del Ahuizótl; Era un ser terrible y mitológico de los aztecas", the conquistador Hernán Cortés once reported to the King of Castile that one of his men had been killed by an ahuizotl.

According to legend, it would submerge itself in a lake or stream and begin to wail like a small child or a frightened woman. A passerby would hear the sound and would rush to the rescue of the "helpless victim".

Upon approaching the water the victim would be strangled by the creature's infamous tail-hand and then the creature would tear out the victim's eyes, nails and teeth and eat them. It would then toss the lifeless body onto the riverbank and restart its wailing. 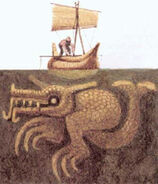 Going to sink a boat 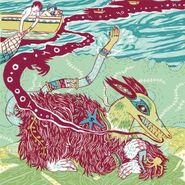 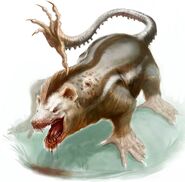 It could be a new species of opossum

Ahuitzotl in the Secret Saturdays 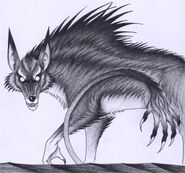 A sketch of the Ahuitzotl. 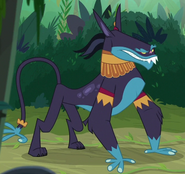 Ahuitzotl in My Little Pony : Friendship Is Magic